The acronym LASER stands for Light amplification by stimulated emission of radiation.

The acronym LASER stands for Light amplification by stimulated emission of radiation.
It is a device which produces lights. These lights have no existence in nature. The lights can be produced through a process of optical amplification based on the stimulated emission of electromagnetic radiation. It is different from conventional light in three ways. First, the lights from LASER contains only one color or wavelength that is why it is called ‘monochromatic’. Secondly, all the wavelengths are in phase- because of this, it is known as coherent. And thirdly, laser light beams are very narrow and can be concentrated on one tiny spot- this property makes it be known as ‘collimated’. These are also the characteristics of LASER.

Every LASER consists of three basic components. These are

In most of the systems, it consists of two mirrors. One mirror is fully reflective and other is partially reflective. Both the mirrors are set up on optic axis, parallel to each other. The active medium is used in the optical cavity between the both mirrors. This arrangement only filters those photons which came along the axis and others are reflected by the mirrors back into the medium, where it may be amplified by stimulated emission.

There are many types of lasers available for research, medical, industrial, and commercial uses.  Lasers are often described by the kind of lasing medium they use - solid state, gas, excimer, dye, or semiconductor.

Gas lasers (helium and helium-neon, HeNe, are the most common gas lasers) have a primary output of a visible red light. CO2 lasers emit energy in the far-infrared, 10.6 micrometers, and are used for cutting hard materials.

Excimer lasers (the name is derived from the terms excited and dimers) use reactive gases such as chlorine and fluorine mixed with inert gases such as argon, krypton, or xenon. When electrically stimulated, a pseudomolecule or dimer is produced and when lased, produces light in the ultraviolet range.

Dye lasers use complex organic dyes like rhodamine 6G in liquid solution or suspension as lasing media. They are tunable over a broad range of wavelengths.

Semiconductor lasers, sometimes called diode lasers, are not solid-state lasers. These electronic devices are generally very small and use low power. They may be built into larger arrays, e.g., the writing source in some laser printers or compact disk players.

CONTINUOUS WAVE (CW) lasers operate with a stable average beam power. In most higher-power systems, one is able to adjust the power. In low power gas lasers, such as HeNe, the power level is fixed by design and performance usually degrades with long term use.

SINGLE PULSED (normal mode) lasers generally have pulse durations of a few hundred microseconds to a few milliseconds. This mode of operation is sometimes referred to as long pulse or normal mode.

SINGLE PULSED Q-SWITCHED lasers are the result of an intracavity delay (Q-switch cell) which allows the laser media to store a maximum of potential energy. Then, under optimum gain conditions, emission occurs in single pulses; typically of 10(-8) second time domain. These pulses will have high peak powers often in the range from 10(6) to 10(9) Watts peak.

REPETITIVELY PULSED or scanning lasers generally involve the operation of pulsed laser performance operating at a fixed (or variable) pulse rates which may range from a few pulses per second to as high as 20,000 pulses per second. The direction of a CW laser can be scanned rapidly using optical scanning systems to produce the equivalent of a repetitively pulsed output at a given location.

MODE LOCKED lasers operate as a result of the resonant modes of the optical cavity which can affect the characteristics of the output beam. When the phases of different frequency modes are synchronized, i.e., "locked together," the different modes will interfere with one another to generate a beat effect. The result is a laser output which is observed as regularly spaced pulsations. Lasers operating in this mode-locked fashion, usually produce a train of regularly spaced pulses, each having a duration of 10(-15) (femto) to 10(-12) (pico) sec. A mode-locked laser can deliver extremely high peak powers than the same laser operating in the Q-switched mode. These pulses will have enormous peak powers often in the range from 10(12) Watts peak.

A classification label will be found on the laser housing. This label provides important information on the hazard of the laser.
Lasers have been classified with respect to their hazards based on power, wavelength, and pulse duration. These definitions are wordy and cumbersome to read out of context, but when given the specifications of a laser or laser system are not difficult to apply.

Not capable of emitting in excess of the Class 1 Accessible Emission Limit (AEL) (Note: AEL's vary by laser wavelength and pulse duration)

Most lasers in this class are lasers which are in an enclosure which prohibits or limits access to the laser radiation.

Not capable of producing damage to the eye (unless disassembled).

CD Rom players are an example of a Class 1 laser product.

The output of the laser is not intended to be viewed.

An example of a Class 2a laser is a supermarket point-of-sale scanner.

Same criteria for classification as Class 2 but where beam may be hazardous for viewing with magnification.

Is only a hazard if collected and focused in the eye.

Most laser pointers are 3R lasers.

Prior to 2007, this classification was known as 3a.

Ultraviolet and infrared lasers and laser systems that can emit accessible radiant power in excess of the Class 3a AEL during any emission duration within the maximum duration inherent in design of the laser or system, but that cannot emit an average radiant power in excess of 0.5 W for greater than or equal to 0.25 s or cannot produce a radiant energy greater than 0.125 J within an exposure time > 0.25 s.

Visible or near-infrared lasers or systems that emit in excess of the 3a AEL but that cannot emit an average radiant power in excess of 0.5 W for greater than or equal to 0.25 s and cannot produce a radiant energy greater than 0.03 Ca J per pulse. (Ca is a correction factor that increases the maximum permissible exposure values in the near infrared spectral band based upon reduced absorption propertied of melanin pigment granules found in skin and in the retinal pigment epithelium).

Is a hazard if the direct or reflected beam is viewed.

Direct and reflected exposure can cause both eye and skin injury. 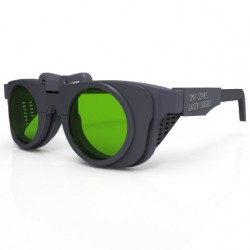 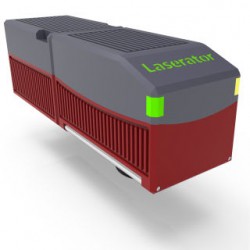 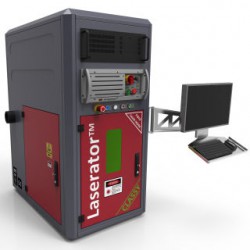 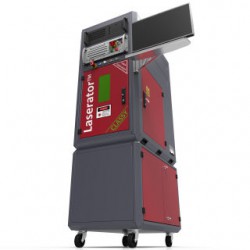 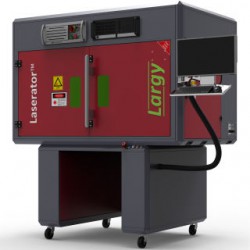 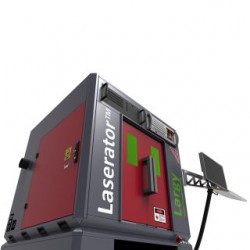 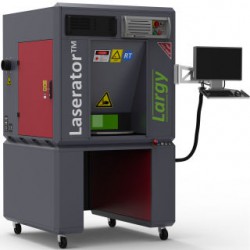 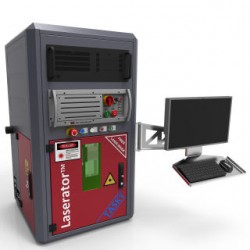 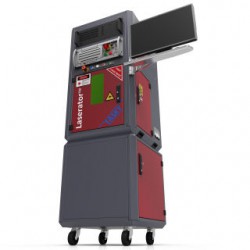 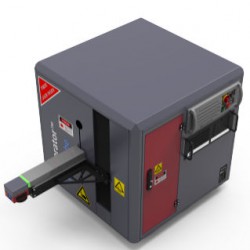 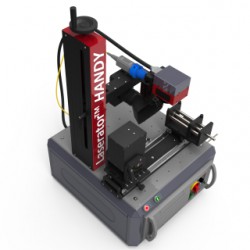 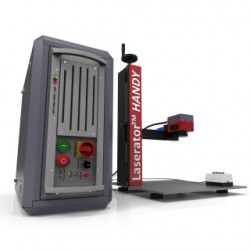